Archived News from all the way back to 2004

Nine tracks are now completed for the new album. During the laborious task of writing and rewriting, it’s taking a different direction than I had thought it would initially. There will be more solo piano and acoustic guitar tracks on this release. More info coming soon!

Played a solo acoustic gig down at a theater at the University of Texas. My first gig with my new Rainsong acoustic electric. Mostly played improvised stuff. I also threw in a couple things that may be on the next album in one form or another.

Sat in with the band at my friend Marcus’s house party. A rock’in time was had by all.

I have moved from Pelham, NY, to Austin, TX. Thought it was time for a change of scenery.

I took the stage at Memorial Field in Mount Vernon, New York to help benefit the American Cancer Society at the annual Relay for Life. I compiled an mp3 with some of the highlights with an introduction from yours truly. Check it out!

The documentary is up on the videos page. Check it out!

New documentary will be on my site soon!

I just got the final edit of a short documentary that a group did on my music. It was shot over the past two months. It’s got some interview segments as well as two performances. The video will be on my web site soon as either a downloadable movie, or, you will be able to stream it if you like. When everything is uploaded and I’ve tested it to make sure everything’s cook’in, I’ll let you all know. It’s a rocking little movie starring yours truly and some fancy fretwork!

“Expressions” is now available from the online Apple I Tunes store!

It’s been a while waiting for this but it’s finally there. You can now purchase the “Expressions” album from the Apple I Tunes store:

I engineered and produced some of the tracks on this album for Lucy and also did some light guitar work. If you like pop music, definitely check this album out!

You can purchase a CD from CD Baby at:

It is also available as a digital download from the Apple I Tunes store:

My new solo album is halfway done. It’s taking a while but getting there! More info to come very soon…

Lucy Tiffin’s album is completed and after many pitfalls with the artwork formatting and the duplication company, the album is finished and will be making it’s way to CD baby as well as many digital download sites very soon. I’ll post that info as soon as we finalize everything.

Off to London in a few hours… Ah, the hectic life of the traveler. It should be a good trip though. I’ll be recording a radio show for the ACB when I’m there. (The American Council of the Blind for those who aren’t familiar.) It’ll be a special encompassing an interview with me as well as the music on the Expressions album, and maybe, just maybe, some clips of some of the new songs off of the upcoming release! You’ll have to tune in and find out though. I can’t give too much away!

Happy New Year Everybody! May your 2006 rock!

Merry Christmas ya’ll! I hope you got to spend some time with some groovy people and that you received some cool gifts! (Socks, Ties, and sweaters do not count! Not in my book at least…)

Well, no word yet regarding my second appearance on the Guitar Show. If this actually happens, I’ll let you guys know of course. We’ve had all sorts of issues getting this off of the ground…

Wow! I just swapped some older gear for a mint Carvin Legacy Steve Vai 2×12 combo amp. 100w! And, all tube! Luckily, it has a half power setting which is good. This amp is killer! I’d only swap her for a VHT or perhaps a Mesa Boogie Dual Rectifier combo.

I just played a fourth of July outdoor gig with my friend Tom’s former band Succotash. It was pretty cool! A lot of classic rock covers songs from Black Sabbath and Aerosmith, to David Bowie and The Cars etc. It was a good time for all. No pics unfortunately!

We’re going to try again for my second appearance on the Mike Burns Guitar Show, which will be aired on various cablevision networks in the tri-state area. Last time, we hit some very nasty weather and an accident on the way to the television studio so it didn’t end up happening that evening. Hopefully we’ll have better luck with it this time! I have to contact the producer again to confirm some details so I’ll keep you all updated.

From now on, my newsletter will have a mini guitar lesson and/or article on guitar playing, equipment, or, other music topics. Be sure to sign up for it on the way out!

I’m currently working on four new songs for my next solo album. No album title or track list is available yet. As soon as I’ve finalized it all, it’ll be here… I’m working on three albums at the same time though so the next Cameron Strife masterpiece will be a little while. Trust me though, it will be well worth the wait!

I’m polishing up some older tracks as well as adding some guitar parts to some music by my mate in England, Lucy Tiffin. When the album is completed, I’ll post the link here as well as in the newsletter. She is a very talented vocalist!

My second appearance on the Guitar Show has to be rescheduled due to bad weather and a studio conflict. More info will be posted as soon as we decide on a new date.

You can now purchase the entire album or purchase individual tracks for easy and immediate download. Currently, the following site is selling “Expressions”.

Brandon Vetrano, a fellow guitarist of mine, and I are playing at the V Day benefit concert at Purchase College on Friday, February the 18th, 2005.

All proceeds will go to Westchester Victims Assistance Services.

From their web site:

“The Mission of Victims Assistance Services is to provide free comprehensive clinical and support services to all crime victims, to provide educational activities

to prevent victimization and re-victimization, and to raise the awareness of government, law enforcement, health care providers, schools, the criminal justice system and the community-at-large about the unique needs and strengths of crime victims.”

“We are glad to donate our talent and our time and take part in this show and hope to help raise a large amount of money for this valuable community organization. We’re looking forward to a great gig!”

My new “Takamine EAN15sce” is a very nice instrument! (Dear Takamine, an endorsement would be pretty nice! Ahem.) You’ll see the new guitar in some various pics which will be online soon.

We finished tracking the drums up in Rockland county for the side project I’m involved with which is still untitled. The lineup so far is myself on lead guitar and keys, Aidan Hand on vocals, David “Dank” Delong on bass, and, Tom Ossa on drums. I am also engineering and producing the record.

Played a gig with Brandon V at Purchase College. It went pretty well. We perform as an acoustic duo on occasion.

Sat in with Motel and the 6 playing drums for one gig.

“Expressions” has finally been released and is for sale to customers worldwide! To order, please go to:

My appearance on the Mike Burns “Guitar Show” went pretty well. It was a Cablevision broadcast and went out to approx 2 million viewers in the tri-state area. For my next appearance, I will have a backing band. Stay tuned for more info!

You can check out their web site at:

(They tend not to update very often so my info might not be up yet.)

There was an hour long special on the “Expressions” album and on my other music etc which aired on ACB radio online. To listen to the broadcast, please go to the site:

Then, simply go to the listen on demand page and select the show titled “Marlaina”. Then, there will be a numbered list of shows. My show is number 20 on the list. Although my phone connection was a little daft, there is a lot of interesting stuff in the interview and we also played tracks from the album.

21, January 2004: I’ve begun auditioning people for a progressive rock band which I will be fronting. (We’ll play all covers at first and then depending on how things go, we might start working on original material etc.)

19, December 2003: Winter break… A bit of time away from University to practice and compose etc.

4, December 2003: I’ve started pre-production work for my next solo release. I do not have a title for the album yet…

15, November 2003: I just bought my new Ernie Ball Musicman John Petrucci signature electric guitar. It is a superb instrument! One of the nicest I’ve played to date.

21, August 2003: Temporarily relocated to New York City to complete my studio production degree. (Was accepted into the studio production program as well as becoming a member of the Purchase Conservatory of Music.)

Privacy Policy: No information acquired or retained from personal e-mail, chat, or discussion boards will be sold or given to third party companies. If you wish to unsubscribe from any correspondence associated with this website, please send a blank e-mail to support@cameronstrife.com with the word “Unsubscribe in the subject line.” 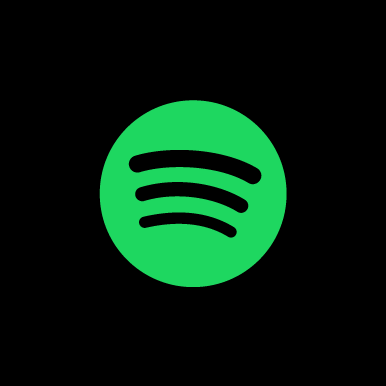 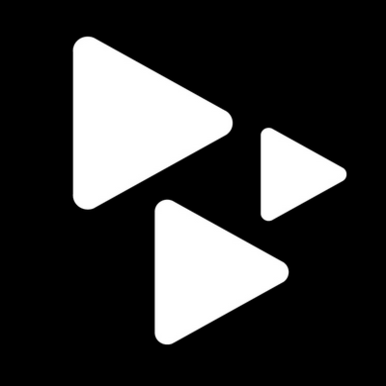